A student of Wundt, Edward Titchener was the first proponent of “structuralism”, which seeked to understand the mind by its structure. Titchener later taught at Cornell University, in the US.

The following images show Wundt in his laboratory with some students:

Below are two newspaper clippings from 1904 and 1912 respectively, taken from a German Newspaper of the time called Illustrirte Zeitung: 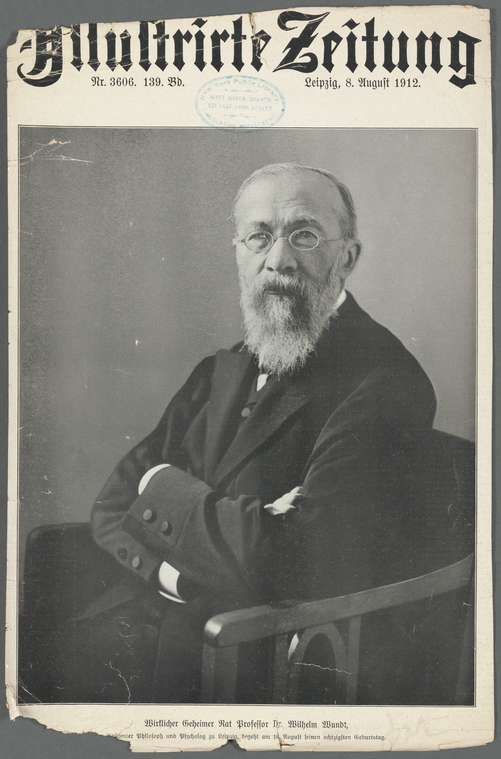 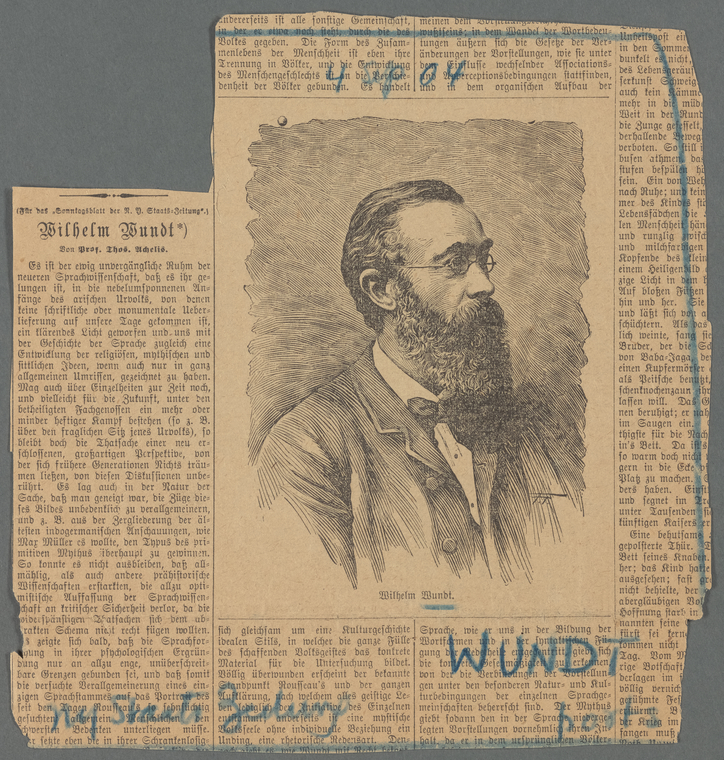 The following images show, respectively, a photograph of William James signed by him, most likely in the cover of a book, and two newspaper clippings from The Atlantic Monthly, from 1899, discussing the material taught by James at Harvard at the time: 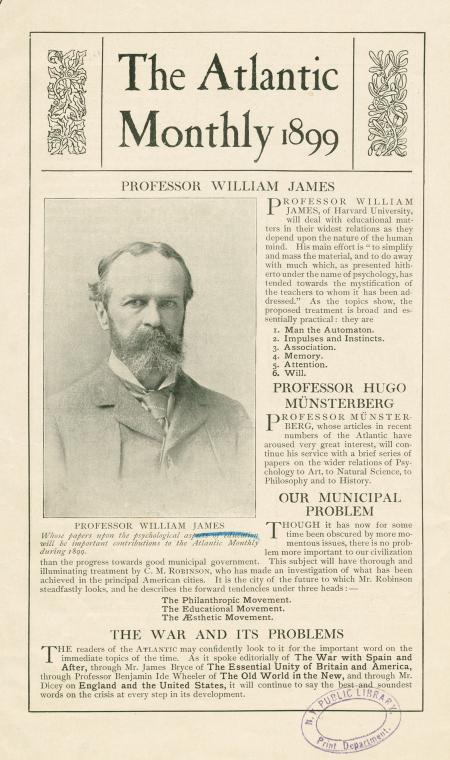 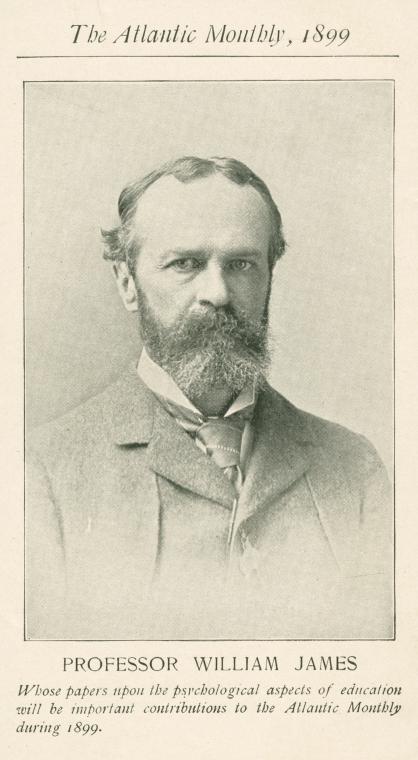